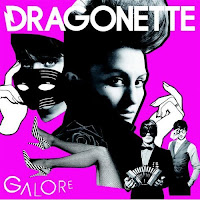 Dragonette is a band consisting of the instrumentalist from The Bird and the Bee and a woman trying to beat Lady Gaga in a whoriest lyrics competition.  If that sounds kind of awesome, then I think that we're in agreement; the appropriately-named Galore is quite a good album.  The disc flows well from start to finish, but each song has a little different feel to it.  My favorite track is the opener I Get Around, and True Believer's quite good too.  Black Limousine, another song about being a filthy whore, has a really great vocal character when she sings about her sugar daddy buying her something that she wanted, and she "wanted pink but got red instead... (sigh) that's all they had..."  If you like The Bird and the Bee, or simply don't like it because it's a little too pretty and wholesome, then this may be the disc for you. 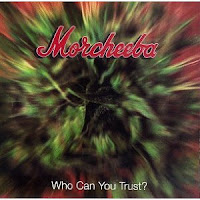 Having adored their last couple albums, I picked up some early 1996 work by Morcheeba, Who Can You Trust.  I don't really see any reason to own it other than to complete a collection or for a history lesson on the beginnings of trip-hop.  The best tracks are Trigger Hippie, Tape Loop, and End Theme, and none of them are that great.  You'll fall asleep five minutes in.  Definitely pass. 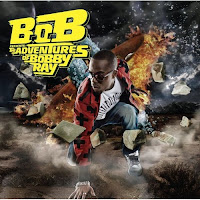 I was pleasantly surprised by B.o.B.'s The Adventures of Bobby Ray.  It's some fairly standard pop rap, but it's well-produced.  I can't honestly tell whether B.o.B. is above average in talent or not, but whoever he's got working for him can definitely craft some interesting music out of his vocals.  The opener Don't Let Me Fall, the big single Nothin' on You, and Ghost in the Machine are all really fantastic.  Some of the other tracks are pretty cliché, but for the most part they still sound pretty good. 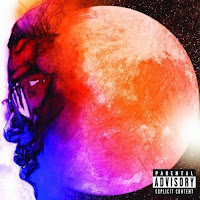 More than any other CD recently I haven't been able to put down Kid Cudi's Man on the Moon I: The End of Day.  It's possibly the best instrumentation of any rap CD that I have, and I can listen to it more than once in a row without getting bored.  Pursuit of Happiness (with a fantastic video) is absolutely amazing, and My World and Enter Galactic are great too, but there are still several other excellent tracks on the album beyond those.  Definitely worth taking a look for anyone who's interested in hip-hop music, and possibly even for fans of electronica. 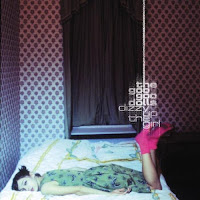 Finally, I also picked up the fairly ancient Dizzy Up the Girl by the Goo Goo Dolls.  It's okay.  Only Broadway (Is Dark Tonight), Iris, and Slide are any good, and I'd heard them already.  The rest is quite meh.  But, it was cheap, and those tracks are worth having; if you don't like those three high school pop hits, then it's definitely passable.

My phone came with a free month of Zune Pass, so I've been using that pretty extensively to preview albums and weed out the uninteresting ones.  So far it has prevented me from buying ten albums already!