Stop for a Minute 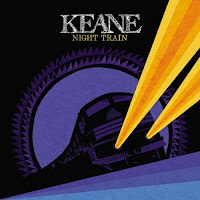 Not too long since their last full album, Keane put out the EP Night Train featuring a couple guest artists.  The two tracks featuring K'NAAN rapping, Stop for a Minute and Looking Back, are good, the other track with a guest artist, Ishin Denshin, is terrible, and the rest pretty much just sounds like B-sides that didn't fit on a full album.  Overall it's fairly disappointing.  That said, the two K'NAAN tracks are an interesting change of pace, and the EP's finisher My Shadow isn't too bad.  It's worth adding to a Keane collection if you're a fan, but if you don't already have their amazing album Under the Iron Sea you should really just spend a couple extra bucks and get that one. 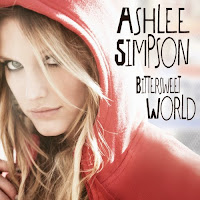 I've also been listening to Ashlee Simpson's album Bittersweet World too much.  I had pretty low expectations, but it was cheap so I went with it, and it's just embarrassingly fun.  It's poppy dance music I can listen to from start to finish and still want more.  Outta My Head, Boys, and Murder are infectious like swine flu at a gamer convention, but you could put just about any track from here on a party playlist and get a smile on your face when it comes on. 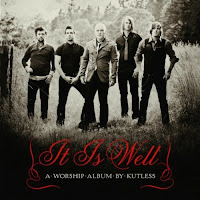 I got around to listening to a CD I got for Christmas, It Is Well by Kutless.  As far as I can tell it's half new material and half rock versions of hymns.  The opening title track It Is Well is actually quite decent, and probably the best rock cover of a song in the public domain I've ever heard.  Remember Me is pretty good too.  The rest would be okay, though nothing special, except that the tracks are impossibly similar.  When I'm deciding which songs on a CD to write about and add to my various playlists, I have to refresh my memory as to which track title is which song, and I do that by skipping to a track, then jumping to about 1/3 through that track, then doing the same for the next in the list, and then the next and so on.  With this CD there were three tracks in a row that sounded virtually identical by the third-way point; I could have sworn that the next track button in Winamp was broken. 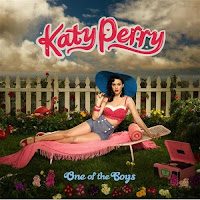 I also got Katy Perry's One of the Boys quite a long time ago and hadn't gotten around to it until recently.  This one's got I Kissed a Girl and Hot n Cold on it, and those are both pretty irresistible, and the title track is good too.  The rest is pretty acceptable but nothing to blog about. 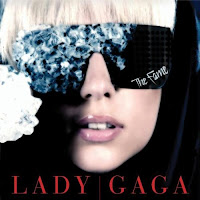 My gay might be showing, but I also finally got Lady Gaga's CD The Fame, and goodness, it's fantastic.  Every track on the disc is good, and it's a nearly perfect dance album.  Just Dance and Poker Face are excellent singles, but my other favorite from the disc, Paper Gangsta, hasn't played on the radio.  There's not much I can say; if you like dance music you should already have this CD. 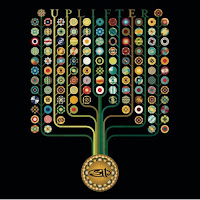 311's latest CD Uplifter is pretty okay.  A lot of songs on here are decent, but I think what it really needs are more hooks!  The disc progresses from start to finish and the tracks are different enough such that you don't feel like you're listening to the same things on repeat, but many of the individual songs don't seem like they change too much within themselves.  My favorites, Hey You, India Ink, and Get Down for the most part don't suffer too badly, but the vocals on some other tracks like Golden Sunlight are just boring.  There's just not enough variation in tune or rhythm. 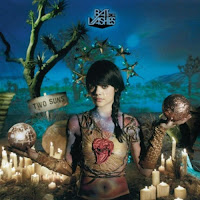 Bat for Lashes' seconds CD Two Suns is too Feist-y.  It's airy and full of weird sounds, which I like in the right setting, but it all lacks a punch.  Three good tracks on the album are Daniel, Glass, and Sleep Alone, and there's a noticeable difference in how those three are produced and how things like Pearl's Dream are produced.  With the same instruments, same tune, same vocals, but different volumes and settings in the recording booth I think it's be a better track.  It wouldn't be a great CD if remastered, but I think it'd be better.  I think that Enya's latest couple albums could use the same treatment—to make them "sparkle" a bit more, or at least pull them out of the air and ground them. 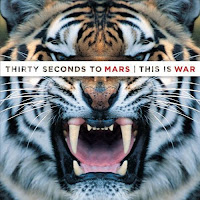 Finally, recently I've been hearing a lot of Thirty Seconds to Mars' CD This Is War since Jason bought it, and it's a great rock CD.  My only prior experience with the lead singer of the band was seeing him as the lead actor in Requiem for a Dream, and it's challenging (though certainly not impossible) to imagine that cracked-out druggie singing on top of a background of music that obviously wants to be described with the word "epic."  Strings, children's choirs, military drumming, and guitars lifted to the sky are abound here, and even if it's a little bit cheesy, it works really well.  Night of the Hunter, This Is War, and Hurricane are all lovely, but other than an intro track and an interlude, there's nothing bad on the disc.  I recommend it.

Speaking of epic, I HAVE NOT been able to stop listening to Storming New Caprica from the BSG season 3 soundtrack recently. The part right after 2:05 is played during one of my favorite moments in all of television. (If you think about the title and the season it's in, you should be able to figure out when.)