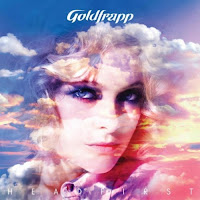 I picked up Goldfrapp's latest CD, Head First.  It's a notable departure from her earlier work, and yet still old and familiar.  If you have her prior albums you can still immediately tell who's making this music, but you'd wonder who's been lacing her Nalgene with Prozac—the "happy and perky" dial on her synthesizer has been turned way up, and though it sounds cheesy, it's admittedly kinda fun.  The tracks are a bit more "normal" than before: no more harsh electronica, and only one track of bizarre, sparse soundscapes.  I like Rocket (weird video, yet not nearly as weird as her others), Alive, and Hunt, and if you've liked her other CDs you're going to like this one too, but I was still hoping for something a little better. 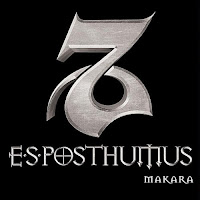 I also had anxiously ordered E.S. Posthumus' newest, Makara, and as soon as you start the first track you're going to be overwhelmed.  The first track, Kalki, is like the massive crescendo of an hour-long symphony that was already over-the-top to begin with.  In terms of quality it doesn't quite match their first CD—it sounds more artificial and forced—but it's certainly better than their second.  It's good overall, but it's less an album and more a collection of 15 eXtreme action movie trailers strung together, and that makes it hard to listen to all at once.  One of the more eXtreme tracks is Unstoppable, featured in the Sherlock Holmes trailers, and even hiding behind the explosions, it still sounds like it's going to punch you in the face.  Only half of the disc is like that, though, and there are several understated gems like Lavanya in there, and some of the over-the-top ones like Kuvera still sound excellent. 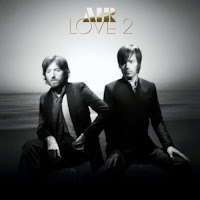 It stands in contrast to Love 2 by Air, an album that just sort of alternates between sleepy and annoying.  Eat My Beat is upbeat and pretty decent, and then the best of the rest are the tracks that just sort of avoid getting in your way, like Sing Sang Sung and African Velvet.  I'm not averse to slow and understated music, but most of this CD is just uninteresting and mediocre. 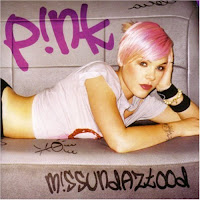 After great success with her newest CD, I picked up P!nk's first one, M!ssundaztood, and it's a letdown to hear them in that order.  Funhouse is far more evolved and, er, fun than this one.  Well, that's not entirely fair.  It's an old CD with some radio-friendly singles, and I've heard Don't Let Me Get Me and Get the Party Started way too many times already.  If I were just hearing them now I'd be much more impressed.  There are a few songs on here that are just painful to listen to.  Surprisingly, my favorite on here is one I hadn't heard before—18 Wheeler.  Besides that and those two great singles, I don't care too much for the rest. 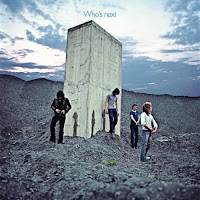 And then going way farther back in time to nearly forty years ago (1971), I decided to check out Who's Next by The Who, mainly because of how much I like the song Behind Blue Eyes.  I only know about the song from the terrible Halle Berry movie Gothika, featuring a cover that I like better than the original, by (ugh) Limp Bizkit. I'm sure that more of this record would be recognizable to me if I were more schooled in classic rock, but the only other songs I recognized were Baba O'Riley and Won't Get Fooled Again, both pretty decent.  And the rest... was probably pretty popular four decades ago, but it's not my style, and I don't have the context to see what's particularly special about it.