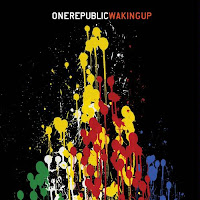 I've been listening to OneRepublic's second album Waking Up rather incessantly since it came out, and for good reason: it's irresistible, and the sort of CD that seems to be over far too soon.  The opening two tracks Made for You and All the Right Moves work together perfectly to introduce the album with a grand sound and intoxicating percussion; they fit so well that while both songs stand on their own, hearing them back-to-back increases my opinion of each to the point that I'd rather not listen to just one of them alone anymore, like listening to just half of a song.  (I heard All the Right Moves before the album was released, and my feelings were pretty lukewarm initially; I don't know if it was due to the low quality audio or having not heard the lead-in track, but my opinion has changed completely since then.)  That sort of care to the ordering of the tracks and the flow of the sound from one song to another is evident in the whole album.  Soon after the two-track opener is my third-favorite, Everybody Loves Me, which lyrically probably would have fit best with the first two, but was probably pushed back a track to make it not start to seem repetitive.  While the best songs are in the first half of the disc, like many others, the ones toward the end are still more than acceptable, and balance out the mood of the album nicely.  I can recommend Waking Up to just about anyone, but if you like Keane or other piano-focused pop-rock, this CD is definitely for you. 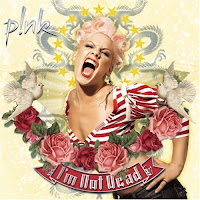 I picked up P!nk's I'm Not Dead, and it's not quite as essential, but it's okay.  The more upbeat tracks are good though not as intriguing as the best stuff from her last album Funhouse—Stupid Girls, the unfortunately-named U + Ur Hand, and 'Cuz I Can are the highlights, and all very fun to listen to for lack of a better phrase.  There are quite a few slower songs that are really tough for me to stand, though, such as Dear Mr. President.  They emphasize the qualities about her voice and lyrics and style that annoy me, and all that in addition to just not really catching my interest makes them unappealing.  The disc is sort of split down the middle, with several tracks I really like and several that I really don't.  So, overall, I'd say it's a mediocre album: but more accurately, it's half a good one and half a bad one. 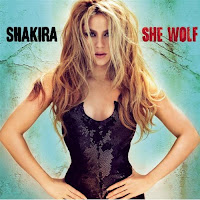 Shakira's latest CD She Wolf is another step in her multi-album transition from fairly-slutty to super-prostitute... but at least it's pretty good.  The video for the catchy and amusing first single She Wolf would be softcore porn if it weren't so weird, alternating between "wait, was she even wearing any clothes in that last shot? go back!" and some robotic twitching that makes the Fembots from Austin Powers seem everyday.  My next two favorites are the less dirty Mon Amour and the tamer Gypsy.  And, it's not quite as good as those, but Give It Up to Me (with Lil Wayne) is practically designed for the radio and I assume it's going to be the next single.  It's high-quality Shakira-flavored pop music consistent from start to finish, and if you liked her previous CDs you're going to like this one too. 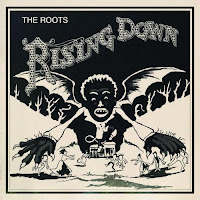 Finally, I've had the latest CD Rising Down from rappers The Roots for months now, but I just haven't been able to bring myself to listen to it all that much.  It's just not that good.  Unlike most discs the best parts don't even start until track #7, but even the best aren't exceptional.  There's one memorable song, Criminal, and it's quality, however while I Will Not Apologize and Singing Man are the next best, even they are forgettable, which doesn't speak well for the rest of the disc at all.  I don't know what's up; the Roots have put out a lot of raps that I really love, but this CD isn't even worth the purchase for anyone but the most hardcore fan.  They're the house band on Late Night with Jimmy Fallon, and at first I thought that being associated with him was incredibly insulting to their talent, but now I'm not so sure.