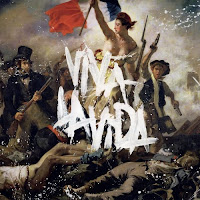 I've finally been listening to the most recent Coldplay album, Viva la Vida, and it's considerably better than their previous albums.  The title single Viva la Vida is, as the world is quite aware, absolutely amazing with its strings (instruments which I am predisposed to like), and the preceding track Yes and following track Violet Hill are also both great.  The rest of the disc is fairly questionable.  There's more variance in the songs on this CD compared to the earlier ones I'd listened to, but besides those three, I'm not going to remember much else from this album when I put it away.  If that weren't the case, and the rest of the album were better, I'd happily give the album a 9, but as it stands, it's three excellent tracks, a couple good ones, and a bunch more that I don't care about.  That still makes it the best Coldplay album, though. 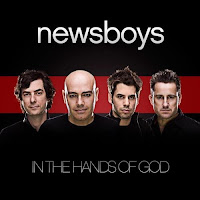 I've also been listening quite a bit to the latest from Newsboys, In the Hands of God.  Sad as it may or may not be, just about the greatest compliment you can pay to a Christian band is to say that they don't sound like one, and for the most part, that's the case here.  As always, they serve up excellent pop music that just happens to mention Jesus here and there.  The whole disc sounds great front-to-back, only dipping into cheesy stereotype territory for a couple tracks around the middle (such as the title track).  The best on here are the addictive Dance, the quirky The Upside, My Friend Jesus about being put on phone hold, and the darker No Grave with its unfortunate use of "yeah-yeah-yeah-yeah-yeah" multiple times in the lyrics.  This is a CD I can play through in its entirety more than once in a row without being bored at all. 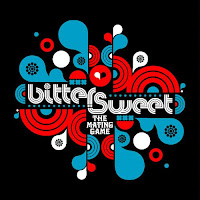 I found out about Bitter:Sweet years ago after seeing one of their album covers in ads for the Zune.  I actually thought that they were a made-up band, sort of like the Contoso of music, but it turns out that they are an actual lounge/electronica group, and their CD The Mating Game is pretty decent, if a bit weird.  Dirty Laundry is the single that made me buy the disc, and it's sexy and sultry in that way that probably has a genre defined but I just associate with James Bond themes.  The opening track Don't Forget to Breathe is also fun, and Salty Air is good too.  The disc reminds me a lot of the music of the Brazilian Girls, even though it doesn't really sound all that similar.  I think that if you like that lounge/electronica sound, you'll like this disc. 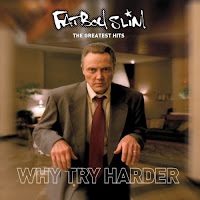 I also picked up Why Try Harder, a hits compilation from Fatboy Slim.  It's pretty grating and repetitive, but you get a decent number of songs for your money.  It's hard for me to listen to it all at once; I just get sick of it.  A lot of these songs work well in commercials or TV or movies, especially when clipped down to fit a particular segment, but they're just not that pleasant to listen to for a whole hour.  Since it's a hits album, it also doesn't really have much of a flow either, and I imagine that a normal album would be a little less awkward.  That said, it's not bad: Weapon of Choice is a great song with a fun video, and Praise You and That Old Pair of Jeans sound good too.  I guess I just expected a little more from one of the more recognizable names in electronic music.

The final season of Battlestar Galactica's soundtrack is out and I've been listening to that a bit. I've got plenty of other stuff in the queue too.