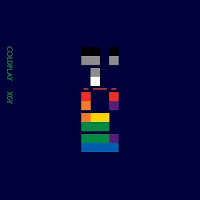 I've been listening to the followup to Coldplay's A Rush of Blood to the Head, X&Y, and I like it a little better than that one, but it's rather similar overall.  What I find particularly strange is that two of my three favorite songs on here weren't even singles—my strong favorite of the disc is Square One, the opener.  After that, I like Talk, which was the third single, and then X&Y, which again was not a single.  The album itself is a bit above mediocrity, sort of inoffensively decent.  I could live without it, but I don't regret owning it. 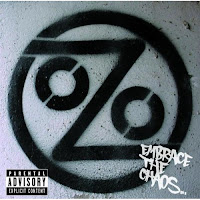 A more interesting disc I've been also listening to is Ozomatli's Embrace the Chaos.  I don't even know what to call it: a sort of rap-infused Latin pop, perhaps.  It's an eclectic mix of weird sounds, but it works out pretty well.  I really like Sueños en Realidad, and Dos Cosas Ciertas and Vocal Artillery should give you a good example of what some of the rest of the album sounds like.  I can't really recommend it to anyone in particular, but it's worth taking a listen and seeing if it's your thing. 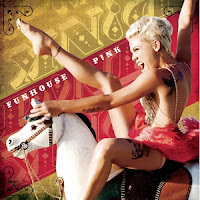 After hearing Jason play it in the car, I picked up P!ink's latest CD Funhouse, and it's excellent.  It's full of party rock anthems, but there are some slower, more heartfelt songs as well.  The whole album is put together and flows really well.  The opening track So What is fantastic and sets the tone for much of the rest of the disc, even though the next few songs are rather somber.  I also love One Foot Wrong, which is in the "darker" half of the album, but still fairly energetic, and Bad Influence is quite good too, back in the party mood of So What.  Really, I can't say that it's the perfect party CD or anything like that given the number of slower introspective songs, but I can definitely recommend it to anyone who enjoys energetic pop-rock. 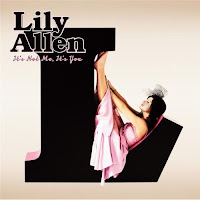 Also excellent is foul-mouthed Lily Allen's newest, It's Not Me, It's You, produced by the "bee" from The Bird and the Bee, and while it has similarities when compared to the latest Bird and the Bee album, it's got more of a wilder side.  I can't get enough of Fuck You, and Everyone's at It and Never Gonna Happen are both pretty glorious too.  Part of the appeal is admittedly the Sarah Silverman effect, hearing this cutesy, perky music playing behind the lyrics of this bitchy, somewhat slutty Brit.  But, the music certainly stands on its own, and I'm looking forward to checking out her debut album.

I haven't really decided what I'm going to listen to next.  There's plenty more in the queue, though.
at 2:12 AM

I really enjoy the songs I've heard from Lily. I will probably buy the album sooner or later. 100% agreement on the "Sarah Silverman effect."

Funny! I just heard Lily for the first time yesterday. At first, I really liked the upbeat, bright, cheery manner that the songs are delivered in. But the more I thought about it, the less I liked it. I need consistency from my music. If it's about a negative subject, darn it, make the song more cacophonous and less cheerful.

You should also check out the Butch Walker song "Here Comes The..." featuring P!ink.