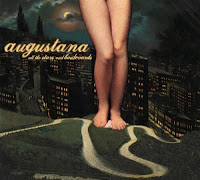 I picked up the first CD by Augustana, All the Stars and Boulevards.  It was suggested to me many times by various sites and people, often because I liked OneRepublic.  I don't really see a resemblance; the two bands sound strikingly different.  In this case, that's a disappointment for Augustana; the album is fairly bland.  It took me a while to really decide what I thought of the CD because none of the tracks really stood out.  Instead, they all blur together, and I still can't tell most of them apart.  I'd say that the best ones are Mayfield, Bullets, and California's Burning, but overall I'm not really excited by the CD. 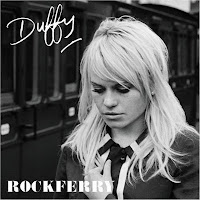 I also got Rockferry by Duffy, which it a bit better.  It's sort of like R&B for white people.  She's at various times soulful, sultry, introspective, and upbeat, which at least keeps things different.  It's perhaps not my preferred style of music, but it's a nice diversion.  I love the single Mercy (video), and Rockferry and Serious are good as well. 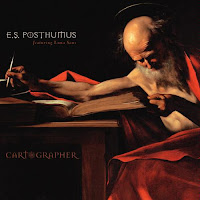 Finally, I got Cartographer from E.S. Posthumus, an album I've been waiting many years for.  Like Rob Dougan's Furious Angels, there are two discs: one with vocal versions of the tracks, and then one with mostly instrumental versions—and just like Furious Angels, the instrumental versions are much better.  The vocals on the first CD are a bit bland and generic, and some of the more interesting portions (mostly loud strings) of the underlying music have been toned down or removed entirely so as to not conflict with the vocals.  But overall, the second CD is pretty good; it's just not as varied and exciting as E.S. Posthumus' previous CD from half a decade ago, Unearthed.  My favorites on here are Oraanu Pi, Mosane Pi, and Vorrina Pi (all of the instrumental versions are marked with the suffix "Pi").


I'm not sure what all I'll move onto next.  I'll probably check out X&Y by Coldplay, and then maybe P!nk's latest album, Funhouse, which should arrive today with my groceries.  Beyond that, I'm not sure yet.
at 5:05 PM

It seems that someone that consumes music as you do should have a Zune Pass and be using it pretty much all the time. Why don't you?

I've thought about it, but I still really like owning CDs. And if I only go through a couple a month, and would have bought one of them anyway, I don't really come out on top.