Ray Guns Are Not Just the Future

One new CD I've been listening to a bit recently is the latest from Kelli Ali, Rocking Horse. It's a wildly different style from her previous two albums, which were part electronic pop and part dark goth-y electronic weirdness. (Before that, she was the lead singer for trip-hop group Sneaker Pimps' first album.) This one is lighthearted and pretty and cute and acoustic, with not a computer in sight. And... I'm not a big fan, but it's not bad. The best tracks on here are Dancing Bears, The Savages, and Heaven's Door. It suffers from the same problem that Enya's last couple CDs do: it's sugary-sweet with not enough variance to keep things interesting. 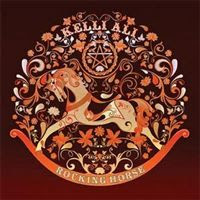 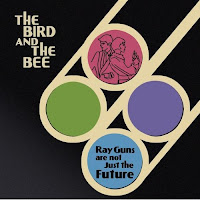 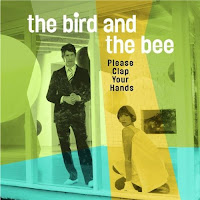 But I'm absolutely in love with Ray Guns Are Not Just the Future from The Bird and the Bee, which is one of the best CDs I've picked up in a long while, and the previously released EP Please Clap Your Hands is of roughly the same quality level too. It's a very fun album, with catchy beats, interesting tunes, pleasant vocals, and overall it's just very addictive. Many times I've started it from the beginning right after listening all the way through. The best songs on the album are the three singles, Love Letter to Japan (video), My Love, and Polite Dance Song (painfully awkward video), but there are no particularly bad tracks on here, and the four new tracks on Please Clap Your Hands could have easily fit into the main album.

Oh, and the band was great in concert as well.

I've been listening to Cartographer from E.S. Posthumus too, but I'm not quite finished passing judgment. I've been waiting for this album for many years, and it's decent, but it doesn't have the same magic as their first CD. Like Rob Dougan's Furious Angels, it comes with both vocal and instrumental versions of every song, and my initial impressions are that the instrumental versions are considerably better.

I have to concur on your rating of RGANJTF (Ray Guns Are Not Just the Future) :) It's definitely my favorite new album.

I know it's a really great album when I'm happy to listen to it from start to finish and I enjoy every track. Depending on my mood I may be a little less patient and be inclined to skip some tracks. Another indicator of a great album is if the number of tracks that I am inclined to skip are roughly a third of the total or less. RGANJTF qualifies for both of those easily.

It really is a fun album, like you said. My favorite tracks include your 3 but I can't decide on a top 3 myself, so I have to include Meteor and Diamond Dave to make it a top 5 (with no clear ordering).

Thanks for effectively introducing The Bird and the Bee to me, BTW. I also appreciate them more for having seen them live. I have the memories of the show to colour my listening experience :)