A Rush of Blood to the Head 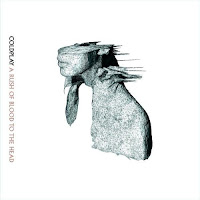 I decided that it was high time that I listen to some Coldplay, especially since I picked all of their albums up new for about five bucks each. I started with A Rush of Blood to the Head. I guess my reaction is just "meh." Most everything on the album is pretty forgettable, I'm not really attached to the lead singer's voice, and it's just not a very interesting disc. It's just really average overall, especially after having heard so many rock albums recently that were much better. The best track is definitely the one Coldplay song I could already recognize (though I didn't know who sang it), Clocks. After that, Politik is good and Daylight is decent. But it just didn't grab me. Were it not for having bought all three albums at once, I probably would have stopped after the first one. 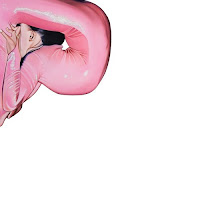 One of my favorite artists Delerium toured in Seattle a while back, but I couldn't get anyone who wanted to go with me, so I didn't. But I did decide to check out the two artists who toured with them, Morgan Page and Elsiane. Out of the two, I like Elsiane's album Hybrid a bit less. It's pretty average too, even though it's unusual. The woman has an utterly bizarre voice (à la Björk, I suppose) that I don't really want to listen to for the entire duration of a CD. It's the synth strings and airy female vocals sort of music that I normally like, but this one just doesn't do it for me. Paranoia, Morphing, and Hybrid are probably the best three tracks on the disc. 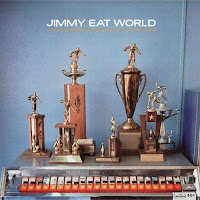 I really love The Middle and Get It Faster by Jimmy Eat World, so I finally got around to picking up the rerelease of their most popular album Bleed American. It's decent, but it's a little more emopunky than my usual musical tastes, I guess, and beyond my favorite few, it's upbeat yet not very exciting. I also like the title track, and the bonus disc contains a cover of Prodigy's Firestarter in an entirely different style that I love. Given how much I like my favorites from here it was still a worthwhile purchase, but I didn't find too much else on the album worth remembering. 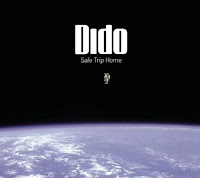 Rounding out my disappointing batch of CDs is Dido's latest, Safe Trip Home. Her music was already pretty light in instrumentation for the most part, but this album's even lighter, and it's just too folksy and plain for me. I rather liked her previous two CDs, but this one's just boring. It's also fairly unusual in that the first single on the disc, Don't Believe in Love, isn't even in my top three: Never Want to Say It's Love, Grafton Street, and Us 2 Little Gods, which are perhaps the least "light" tracks here. I can't give a sweeping disrecommendation for the album since I'm sure some of her fans enjoy the very light style, but I don't recommend it, either.

So, not a great month for new music. But, I'm excited! I've got E.S. Posthumus's long-overdue second album on the way, along with the sophomore effort of The Bird and the Bee, featuring the moderately infectious single My Love (free MP3 download courtesy Spin.com). I also just received a signed copy of Kelli Ali's (original lead singer of Sneaker Pimps) latest, and I've got more Coldplay and other stuff in the queue as well.

Parachutes is much better than Rush of Blood to the Head. It's a toss up between that and X&Y as their best album with Parachutes edging out for the lead.

Oh, hmm, I must have missed Parachutes. Only three of their albums were available for the low price; I have X&Y and Viva la Vida to go.