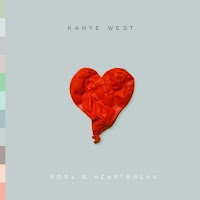 This latest batch of music has been all about albums that I grew to appreciate more after hearing them a few times. It's true for none of them as much as it's true for Kanye West's latest CD, 808s and Heartbreak. The style of this album is in stark contrast to all of his previous work in that most of it is sung and there's relatively little rap, and the slick modern production has been replaced with a slick retro sound and heavy use of a vocoder (Eiffel 65-style). Initially, I was a bit annoyed by the ancient sound of the album, and while I'm still not really certain I love it, I can definitely hear the thought and care that was put into it. The best track on here is Love Lockdown (video), the second single—fantastic tribal beat, excellent vocals, and a lovely piano accompaniment. Paranoid (featuring Mr. Hudson) is a great example of a lot of the album sounds, with a silly but fun 80s-ish beat, and vocals that are half sung and half rapped through a machine that makes Kanye sound mildly robotic. Robocop and Amazing (featuring Young Jeezy) are both really good too. Overall, while I can heartily recommend the album, I'm not sure specifically to whom. I guess it's quite a bit more of a pop CD than a rap CD, and I can see fans of Kanye's previous albums not liking this one, and people who didn't like his previous work thinking this one's great. Check out the tracks I linked to, and you should have a good idea of what it's like. 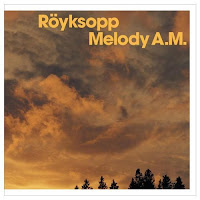 I've also been listening to Röyksopp's album Melody A.M. for a while now. It's interesting lounge-y electronica. The tracks range from Remind Me (Someone Else's mix), which has a terribly awesome music video (the reason I bought the CD) and sounds like a remix of a Nintendo game soundtrack, to the very chilled Sparks, which would sound at home on a Zero 7 CD, to So Easy with no lyrics at all. Overall I'd say it's pretty good. My main problem with it is that a lot of it is pretty subtle—if you're looking for background music, this album might work pretty well. 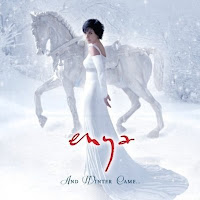 I kept my Enya collection up-to-date with her latest album, And Winter Came.... It's vaguely a Christmas album, though there are only a few traditional Christmas songs on the CD (O Come, O Come, Emmanuel, and Silent Night). For the most part, it sounds quite similar to all of her previous work. Most of the songs are very slow, light, ethereal, and pretty, but also not terribly substantial, like The Spirit of Christmas Past. The most intersting song on here is probably My! My! Time Flies!, which actually includes both drums and a guitar, both extremely rare for her. My favorite is Trains and Winter Rains (video), which is a rather beautiful song without being so slow as most of her music normally is. Regardless, you will love or hate this album approximately as much as you loved or hated her previous work. 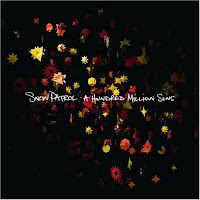 Finally, I've been enjoying the latest Snow Patrol CD, A Hundred Million Suns. There is a lot of rock goodness on this disc, but my favorite track is the last one, The Lightning Strike, clocking in at more than 16 minutes in three movements (What If This Storm Ends? / The Sunlight Through the Flags / Daybreak). In particular, the first portion is emotional and absolutely stunning, and the second is a nice bridge to a satisfying finale for the album. In particular, it's a strong contender for my favorite song of the year, which I'll be choosing relatively soon. In a more perky-pop way, Take Back the City (video) is a fabulous single, and Lifeboats is another slow but grand song.

Next up, I'm going to be going back through all of the new music I've accumulated this year and pick out some of the best, stand-out tracks. After that, I've got plenty more new stuff to keep me busy listening for a while.
at 2:15 PM