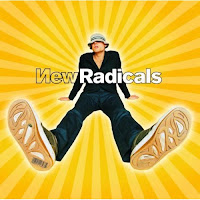 I haven't been burning through as much music recently as I was for some time there, but I've finished passing judgement on four more albums since last time. The first was the only New Radicals CD, Maybe You've Been Brainwashed Too. If you don't recall the name, it's because the CD is from a decade ago, and they only had one hit single: the awesomely catchy You Get What You Give (video). The rest of the CD is interesting... it's very upbeat pop-rock with an emphasis on piano. My main complaint is that the lead singer gets pretty whiny in several of the songs, and it makes me sometimes not want to make my way through the whole CD at once. The music itself doesn't sound very much alike at all, but the voice reminds me a lot of The Mars Volta—the vocals for both bands are similarly turn-offish. Besides the aforementioned hit, Mother, We Just Can't Get Enough and Flowers are probably my other two favorites. I'd give the album a cautious recommendation—it's good but not stellar, but if you don't find the singer's voice as obnoxious as I often do, you may just like it. Check out the linked tracks. 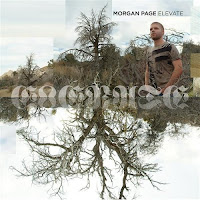 I also picked up Elevate by Morgan Page, after seeing he was touring with Delerium after missing that concert. It's a great workout CD—it's peppy, and there are enough changes in tempo that if you are the sort of person who speeds up or slows down to match the song you're listening to, it's practically interval training. I was listening to it almost every morning for a couple weeks. About half of the CD is original music, and a little more than half is remixes of other songs; some of the remixes are great and interesting, and others like the remix of Nelly Furtado's Maneater are pretty uninspired. I absolutely love the re-imagining of Fuck Was I by Jenny Owen Youngs and the original track The Longest Road featuring Lissie. I also really enjoy the remix of Sleepwalking Through the Mekong by Dengue Fever. I'd recommend checking the album out if you like pop-oriented electronica. 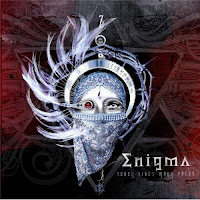 The new Enigma CD is in, Seven Lives Many Faces. It's pretty similar in style to his previous couple albums. The title track Seven Lives (video) is stunning, and one of my favorite Enigma songs to date. Most of the disc, though, is fairly forgettable though certainly decent. I really like Superficial (only present on 2-disc versions) as well, and The Same Parents isn't bad either, though the lyrics are sort of naive and annoying. Anyway, you'll like this exactly as much as you liked all of the previous Enigma new-age-electronica albums. 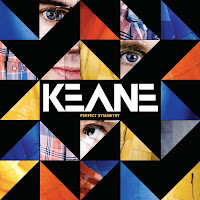 Finally, I was really excited about the new third Keane CD, Perfect Symmetry. The style is very odd: it's much more similar to their first album than the second (I strongly preferred the second), and has a sort of 80s vibe to it. I really like the first single, Spiralling (awful video), though it took several listens before I really warmed up to the dramatic change in style. The second single will probably be Perfect Symmetry, which also took several times before I really learned to love. Playing Along is really good too. Initially, I think I'd have given this album a 5/10; now after giving it plenty of time, I think it's more of a 7/10. There's something to say about a CD that gives you an immediately positive impression, but this one seems to reward repeated listens and analysis, and that's okay too. Still, their previous CD was extremely solid and polished, and more my style, so even though they're trying something interesting and new (all three of their albums sound quite different), it's a bit disappointing.

I'm currently listening to, among other things, the new Snow Patrol CD, A Hundred Million Suns. Like Keane's latest, my impressions of it have risen over time, but in the case of this one, I think I'm going to like it a whole lot more. There are some really awesome songs on here. But more on that later once I've given it a proper chance.