A while back I picked up the new album from one of my favorite bands, Hooverphonic: The President of the LSD Golf Club. For their last few albums, they've been trying some really interesting and different styles. This one's a weird experimental pop-rock CD. The previous one came in both a light version and a dark version and was more electronic trip-hop/pop. The one before that was orchestral with vocals. The one before that was pop and told a single story of the rise and fall of a fictional international music star. I never really know what to expect from them, and this CD doesn't disappoint. Unfortunately, it's not released in the United States and won't be; I had to import it, but I've had to do that with most of their albums. To get a feel for this disc, I recommend Expedition Impossible (video), Gentle Storm (video), and Strictly Out of Phase, which are all great, though the latter is admittedly not one of my favorites. 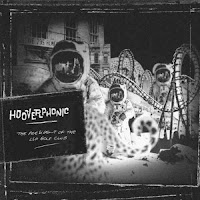 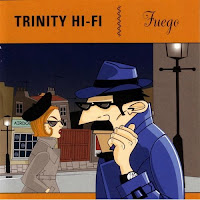 I also picked up a CD that's been on my list for a very long time (since Pandora first launched), Fuego by Trinity Hi-Fi. Unfortunately, it's a case of the single Lost You being considerably more polished than the rest of the CD, which is mediocre or a little better. It's sort of loungey trip-hop, but most of the tracks are pretty forgettable. I'd say that the best are Lost You, Inside, and Lazy Afternoon.

I also got Rob Dougan's Furious Angels. I definitely recommend this if you like the standard action movie soundtrack orchestra-and-beats formula—think The Matrix; a couple of these tracks have been used in the Matrix films. There's more variety to the disc than just adrenaline, though; there's a nice variety to round things out. The biggest problem with the album as far as I'm concerned is that the guy has an awful, grating voice that I can't stand. But, graciously, a 2-disc version of the album is available, and the CD 2 versions are all instrumental and better; I highly recommend looking for that version. Sticking to disc 2 drastically improved my opinions of the album. Good examples here are the title track Furious Angels, Will You Follow Me?, Nothing at All, and Speed Me Towards Death. 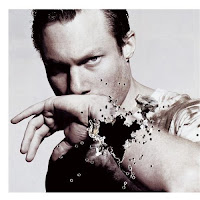 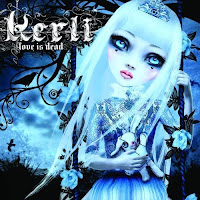 Finally, the best CD I've bought in quite a while was one of the more surprising, the debut Love Is Dead by a singer no one has heard of, Kerli. I bought this one after hearing the absolutely entrancing single Creepshow (partly in Estonian!) on the in-game radio in Burnout Paradise, of all places. I love just about every track on here, and this is a strong contender for the best album I've bought all year. It ranges from Evanescence Power Girl Rock to bumpin' dancefloor beats to pure pop. Besides Creepshow, the opener Love Is Dead, Hurt Me, and The Creationist (which unfortunately has a bassline that sounds like my phone vibrating) are all gold.


There's actually one more song on the Burnout Paradise radio that I really love that might persuade me to buy another CD: Cities in Dust. The original version by Siouxsie and the Banshees is a somber and weird song about people dying in the Pompeii explosion. This version by Junkie XL and Lauren Rocket is a crazy party song about... people dying in the Pompeii explosion. "Oh, oh, your city lies in dust, my friend" has been replaced by "Oh, all your cities lie in dust, yeah!" Too soon.

I've picked up some older CDs that I'll go through soon, like New Radicals—Maybe You've Been Brainwashed Too, and Goo Goo Dolls—Dizzy Up the Girl. People and websites have been recommending Augustana's CD as well, and some new stuff by Enigma, Dido, Keane, and Kelli Ali is on its way soon. I'm looking forward to it.
at 6:38 PM