You can do better than me


I picked up the new N.E.R.D. album Seeing Sounds, and it's pretty bizarre. My biggest complaint with the CD is that there are a couple songs that could be really good if they weren't so obnoxious. The whole disc is wacky, but not nearly so annoying as several of the early tracks. Still, there are several good songs sprinkled here and there: Time for Some Action (includes the album intro), Happy, and Laugh About It are all amusing, and there are others. 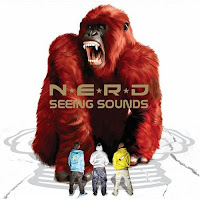 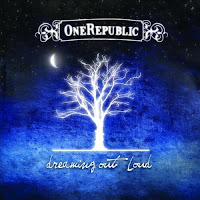 I also got the OneRepublic album Dreaming Out Loud, and I've fallen in love with it. It's fantastic grandiose pop-rock. Every single song on the disc is good, though some of them start to blur together. That's really the only fault I can give this CD—some of the songs just aren't all that distinct. Anyway, Say (All I Need), Apologize, and All Fall Down are all excellent. This is a nearly perfect pop-rock CD; definitely recommended. (Random side note: I'd heard the lead vocalist before on a pretty good rap track, where he sings in a country voice: Bubba Sparxxx and Ryan Tedder—She Tried.)

I picked up Death Cab for Cutie's newest, Narrow Stairs, and it's decent. Behind Transatlanticism and Plans, I think it's my least favorite Death Cab album, though. But, it's not that far behind, and the style is pretty much exactly the same as the other two albums. In most cases I feel like I'd have pretty good luck sorting a band's albums by release year just by listening, but I can't really Death Cab's apart. Anyway, it's not bad, not great—my favorites are I Will Possess Your Heart, You Can Do Better than Me, and Long Division. 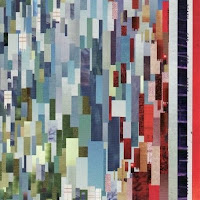 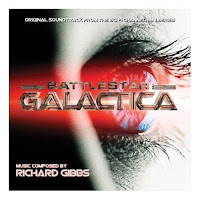 Finally, I've also been listening to the soundtrack from the original Battlestar Galactica miniseries from several years ago. The miniseries was scored by a different person (Richard Gibbs) than the series was, and I find it interesting that while most of the musical themes (ominous, monotonous notes for the Cylons, heavy percussion for battles, moaning vocals, and so forth) were established in the original miniseries score by the original composer, the new composer Bear McCreary manages to make much more interesting music from them. I actually liked the miniseries' music and found it to be nicely fitting when it was first aired, but as an album it doesn't work very well, especially after hearing the later seasons' scores. Regardless, I think that the best tracks here are By Your Command, Cylons Fire, and The Storm and the Dead.


Next up are some more Morcheeba, Alanis Morissette's latest, and an EP by Amon Tobin.