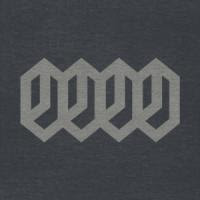 Sure, it's only been a few days since my last music post, but I've been listening to a lot of CDs at once.

I downloaded the latest Nine Inch Nails album The Slip to have a listen, since it's free and all. I... did not enjoy it. NIN has its fans, and I just can't bring myself to enjoy the music. It's not the dark, depressing, harsh tone; I just don't like the style. The best tracks on here are probably Discipline and Demon Seed, and I could certainly live without either. I couldn't even manage to pick out a third one. 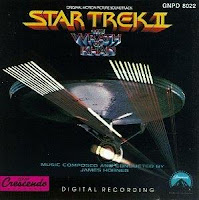 I bought the soundtrack to Star Trek II: The Wrath of Khan, composed by James Horner. It's a bit different from the soundtracks that I generally like to listen to. It sounds obviously older than an instrumental soundtrack that you'd hear in a movie today—more vibrant and more classical. Most of the Star Trek movies have had good scores, and despite this one's age, it's decent enough. It's optimized for the kinds of epic space shots that were more prevalent in the first few Star Trek movies compared to modern sci-fi. But I have to dock it points for the quality of the recording (it is quite old) and the fact that it's pretty repetitive. I like Enterprise Clears Moorings, Battle in the Mutara Nebula, and Genesis Countdown. 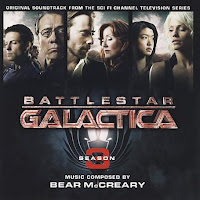 But far better than either was Bear McCreary's music for the third season of Battlestar Galactica. It's one of the best soundtracks I own, which is pretty impressive for a TV show, I think, even if it probably is the best show on TV. I admit that I bought it for the epic rendition of All Along the Watchtower, but I felt pretty confident making the purchase given how great the show's music is. There's a wide variety of sounds on here, like the percussion-heavy Storming New Caprica (I love the pipes at 2:12), the tense and suspenseful Wayward Soldier, and the somber Battlestar Sonatica. The soundtrack's value is probably higher for fans of the show with a few tracks like Gentle Execution reminding you of particularly powerful moments, but you don't have to have seen the show to enjoy this soundtrack, especially if you enjoy modern instrumental music with many differing styles and instruments.
at 6:16 PM

I think NIN is okay (not a major fan of them) - so I checked out the two tracks you mentioned. If those are the best...yuck! Just knowing you, I don't think NIN is a group you would like all that much. If you were interested in checking out some of their better stuff I would suggest the following songs: Head Like A Hole, Down in it, Sin (from Pretty Hate Machine); Closer, March of the Pigs (from The Downward Spiral); The Perfect Drug (from The Lost Highway soundtrack). Those are the songs that made them famous.

Closer and The Perfect Drug are okay but not that interesting. Nothing that I'd choose to listen to.