M is for Music 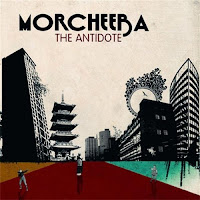 
I've been listening to three totally different albums from three "M" artists this May. (It's all coincidence, I assure you.) The first was the previous album by Morcheeba, The Antidote. It's fantastic; I love just about every track on it. The style is some kind of mix of chillout music and sexy James Bond themes; it sits in a perfect spot between energetic and soothing. It's hard to pick just a few songs to showcase, but Wonders Never Cease (video), Everybody Loves a Loser, and Daylight Robbery are probably the best three. I'd recommend it to just about anyone.

Next up is Madonna's latest, Hard Candy. It's decent, and has quite a few catchy beats, but it's kind of disappointing. It's probably my least favorite Madonna album of the ones I've heard, and it had to grow on me to get to my current opinion. It's kind of mindless, and though the tracks are catchy, most of the beats aren't that creative and the production not that great. Several of the tracks, including the first single 4 Minutes (watch the official "WTF is she wearing? video) just seem really lazy. It's got Madonna, Justin Timberlake, and Timbaland in the same song, and it's danceable, so I guess that makes it a guaranteed hit, but it's really not that great of a song. But luckily, there are still enough decent songs on the disc to be worthwhile if you like dance music at all. My favorite tracks are less dance-oriented than most of the album: Heartbeat, Devil Wouldn't Recognize You, and Voices. Anyway, not something that I'd insist that anyone go run out and buy, but you could still do far worse in buying electronic pop. 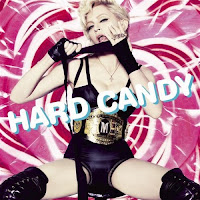 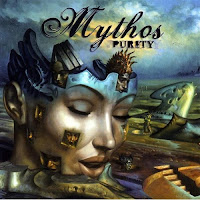 Finally is Purity, my first CD from a new band I'll probably start looking into more: Mythos. This is New Age fake world music, and it does it pretty darn well. You'll like it if you like Delerium, especially if you wish that Delerium didn't make a turn for the pop charts several years ago, because there's nothing here you'd hear on the radio. It's pleasant and soothing and beautiful, but its biggest problem is probably that it's not particularly memorable. Unlike just about every track on the Madonna and Morcheeba CDs, I couldn't tell you the name of any of them on this disc. It's a perfectly cromulent album; it's just more suited for background music or relaxation or meditation. Check out Surrender, Adagio, and Mystique for the best examples of what this CD is all about.


I've nearly exhausted my music queue. I've got the Battlestar Galactica season 3 soundtrack, which I'm mostly finished with and is very good, and the new (free) Nine Inch Nails album The Slip, which isn't really my thing. I guess I gotta start ordering more! I've got a few ideas in my list...
at 12:24 AM

That outfit isn't flattering, but at least you hardly see it through the video and it is only in little bits and pieces. Personally, I was really grossed out by the people who were kissing. Damn, now I feel depressed. I wish I could only look that hot when I am that old - I mean, she looks way better than Brittney does lately! Of course, I wonder how much of it is real.

She looks like she's wearing a flesh-colored pregnant suit for at least part of the video. I think it may be the ugliest item of clothing I've ever seen in a music video.

From what I saw it looked like she had a flesh colored body suit on, but that there was also a belt or something which had some weird bulgy/pleated bits. At one point it looks like Timberlake rips it off her (and she appears to not be slim looking)