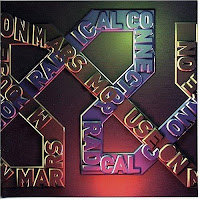 One bizarre album that I've been listening to a lot recently is Radical Connector by Mouse on Mars. I don't know how to describe it... maybe experimental electronic pop. Nothing on here is radio-friendly, and some of it is absolutely grating, make-you-grind-your-teeth noise. I feel pretty generous giving it a four out of ten, and it's only because of the fairly catchy but very odd track Mine Is in Yours (live). Blood Comes and Wipe That Sound (video) aren't too bad either. But then there are tracks like Spaceship that make me want to break the disc in half. The best I found for that track is the AmazonMP3 sample, which sadly is the most listenable part of the song. Even 60 seconds of the track Spaceship should be enough to ward you away from this album. 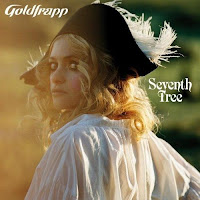 Considerably better than that was Goldfrapp's latest, Seventh Tree. I never know what to expect when I get a new Goldfrapp CD. Versus her last two albums it's a huge departure, but it's actually fairly similar in style to her first one, Felt Mountain. Whereas the last two Goldfrapp discs were loud and electronic and rowdy and featuring songs about cunnilingus, Seventh Tree is unexpectedly soothing and pretty. I like it. The style is still strongly influenced by electronica, but it's more breezy and not nearly so in-your-face with it. More than most other albums I've heard in a while, when I'm listening to this CD I get a feeling of texture. It's really quite something. The best tracks on here are A&E (silly video for a beautiful song), Clowns, and Happiness. Now contrast those peaceful tracks with Lovely 2 C U from the last Goldfrapp CD. Anyway, I really like the album, and if you liked Felt Mountain, you'll like this one, but if you only know Goldfrapp from dance songs like Lovely 2 C U, you should take a listen before you buy.


I've also been listening to yet another Muse CD, and I'm going to move on to ones by Hybrid Tango and Sia pretty soon.