The Girl You Lost to Cocaine 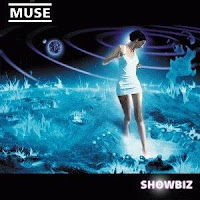 Though I may not have much to talk about, I can always talk about the music I've been listening to. I've been primarily going through three great albums over the past few weeks, and the first is Showbiz, going backward in time through Muse's collection. It's another strong rock CD. It's my least favorite of their albums that I've heard so far, but still definitely worthwhile. After three albums I can't really say much more about their style of music than I already have, so check out Sunburn (video), Muscle Museum (video), and Unintended (video). 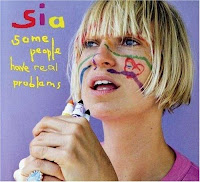 I also decided to check out the solo work of one of the most prominent vocalists who performed for Zero 7, Sia, starting with her album Some People Have Real Problems. The musical style is pretty similar in places to a lot of Zero 7, so it's definitely worth checking out if you're a fan. The album itself is soulful and varied, and it's one I can listen to two times in a row or more without getting bored. My favorites are probably The Girl You Lost to Cocaine, Academia (zomg catchy), Playground, and Beautiful Calm Driving, all of which are pretty amazing. 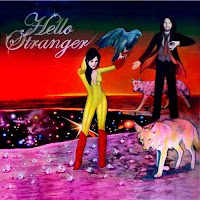 But the real surprise was the self-titled disc from Hello Stranger. It was suggested to me by a friend and I didn't really know what to expect from it other than a general feeling of terror based on how hideous the album cover is, but the album is excellent all around. It's perfect feel-good pop-rock, one of the best albums I've heard in a while. Listen to Take It to the Maxx (awful video), Kubrick Eyes, and Dancing for No One.