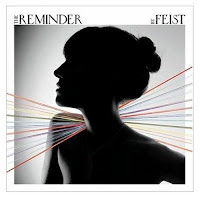 The next in a run of pretty unexciting CDs recently has been The Reminder by Feist. It's fairly bland and poorly-produced, so you're supposed to receive a smug sense of self-satisfaction when you listen to it and not the music that those sheep listen to. I don't hate it, but it does conjure up mental images of obnoxious record store employee indie music snobs. The best tracks on here are the more radio-friendly My Moon My Man, 1234, and Sealion, but listening to those three would give you the wrong impression that the album is much better than it is, like they did for me. If you don't think that The Park and Intuition are awful, then you'll probably like the whole thing. But really, I can't really recommend the CD to anyone.

A little better was Zack Hexum's Open to Close. He's the little brother of the 311 lead singer, and I really loved his first album The Story so Far, but this one's in a somewhat different style and not as enjoyable. The first album was pop-rock with a tinge of country; this one is leaning even perilously further toward country, but still within tolerance levels. It suffers from one of the problems of the Feist CD: it gets pretty boring in a few places. The best tracks are Beyond My Means, Little City Driver, and Never Happens, and those are all pretty good, but not good enough to really justify the more mediocre tracks on the disc, and not nearly as excellent as the first album. I don't really recommend it either. 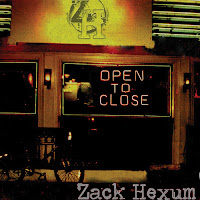 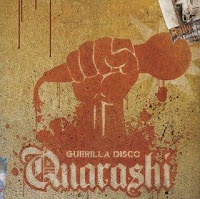 Much better was the guilty-pleasure Guerilla Disco (sic) by the defunct Icelandic rock/rap band Quarashi. It's surprisingly good. There's not a bad track on the disc unless you consider the two bizarre filler tracks. Beneath the lame punk-cliché topics of the songs with classy titles like "Murder Frenzy" and "Payback," and the band members who all look like 17-year-old stoners despite this being their fifth album, there's actually talent. For the past two weeks I've been utterly infatuated with one particularly explicit track from this disc, Pro. It's just insanely catchy. But there are several other great songs on here, including Race City (terrible video) and Stun Gun (another terrible video). If you're into the whole rock-rap thing, it's a worthwhile purchase... but good luck finding it; it was never even released in the US.

After I listen to Pro about fifty more times I've got yet another Muse CD in the queue, and I picked up a CD by Sia, the primary vocalist who left the band Zero 7 not long ago.
at 11:14 PM

Last month we were playing a song from Feist at work. I thought it was horrible - so I am not too surprised by your comments here.

It was probably 1234, also seen on iPod commercials. If you don't like that one then you'd really-really not like the rest of the CD.

Upon checking the songs on that album, I discovered it My Moon My Man that was the song I was talking about.

Why in the world does Quarashi cost $35?

Only their previous CD, Jinx, was released in the US. Their previous CDs and this one (Guerilla Disco) were only released abroad. The one on Amazon.com is an import. I got the Japanese version on eBay for like eight bucks shipped.

I was on Amazon.com and it recommended that Feist CD. I immediately thought it might be something you would review and was pleased to see it on the front page.