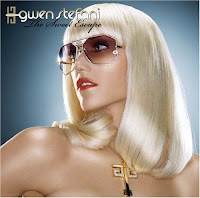 Recently I've been working on refining my "Sexy Party" playlist, so I've been listening to a lot of old favorites, but I've checked out a couple new CDs too. The first is Gwen Stefani's second solo album, The Sweet Escape, a disc that I feel slightly embarrassed to say is pretty acceptable. It's certainly better than her first. It's weird, infectiously danceable, and less obnoxious than Love, Angel, Music, Baby. It's still brainless, but less offensively so. Some of the better tracks on here are Yummy (featuring Pharrell), The Sweet Escape (featuring Akon), and Early Winter, but just about everything is decent. Not great, but decent, and fully of glitzy Neptunes production-ness. Nothing really hits me as a song I'm going to remember a year from now, but if for some reason I needed a dance CD and Madonna's latest wasn't weird enough, this would probably be a good choice. 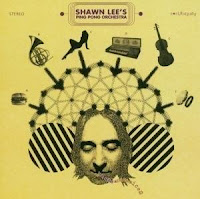 Speaking of weird, I've also been enjoying the Shawn Lee's Ping Pong Orchestra CD Voices and Choices. I don't even know what genre to put it in—I guess it reminds me of both jazz and electronica, but I don't think it really fits either. There's a wide variety of styles and sounds here, including tracks with vocals like Kiss the Sky (featuring Nino Moschella) and The Hour Glass Effect (featuring Ohmega Watts), and instrumental tracks like Tense Bossa and JW. (The Hour Glass Effect is a weird "surprise rap track on a CD where you don't expect to find a rap", bringing back pleasant memories of Mí Confesión on the latest Gotan Project CD.) The disc gets weirder than those tracks, too. If you're a fan of jazz or electronica, check out this album and let me know what you think. More than anything it reminded me of the Medeski, Martin, and Wood CD End of the World Party, which I'd definitely call jazz, but a weird electronic version of it.

Up next are some more weird albums that I've previewed at least a bit: N.E.R.D.'s Fly or Die, Lost Horizons by Lemon Jelly, and The Reminder by Feist (which really isn't that weird at all). Should be a good time.
at 12:05 AM