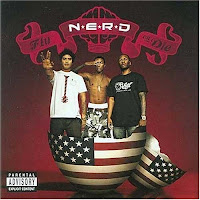 I've been listening to a couple CDs recently. The first was the sophomore effort by N.E.R.D., Fly or Die. It's quite a weird rock album, even moreso than their last one, and most of the songs are half spoken, half sung, which can be either refreshing or irritating depending on your mood. There's no track that quite matches Lapdance from the previous CD, but the closest thing is the very catchy She Wants to Move (video), and Drill Sergeant and Breakout are fun too. Overall I enjoyed it, but I'd have preferred it if it were less... annoying. 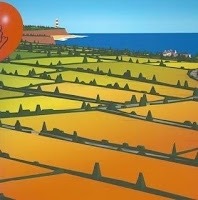 I also checked out the only CD from the group Lemon Jelly, titled Lost Horizons. It's a nice electronica album, interesting, and soothing to listen to—the sampled variety, not the beep-beep-boop variety. Unfortunately, like a lot of electronic music, it's pretty repetitive. Not in the "14-minutes of horrid pulsating bass" sort of way, but in a "that sample of the guy saying 'beautiful' has been played a dozen times already" sort of way. Basically, it sounds like every track is an extended cut of itself. It's a good CD, but at eight tracks it's not terribly long, and it'd be even shorter if it weren't for the repetitiveness. Try out Nice Weather for Ducks (fantastic video!), Elements, and The Curse of Ka'zar, which are all great.

I'm also listening to The Reminder by Feist, which is a bit more slow and down-to-earth than those two CDs. I don't know where I'll move on to after that.
at 2:56 PM