There's a house nearby that burned down. It was a new house, nearly finished with contruction. So, it wasn't just someone who left the oven on. I guess it was either a mistake during construction, or perhaps, as suggested by a friend, arson by an eco-terrorist group. It happened Saturday night a week and a half ago, so probably not a construction mistake. Kind of unsettling. 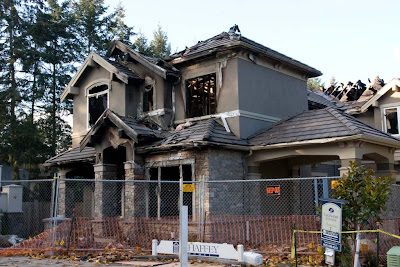 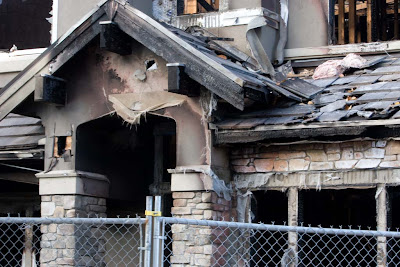 I guess "burned down" is somewhat misleading since it's still standing for the most part, but reportedly the fire department says it's unsalvageable. The actual cause of the fire has yet to be determined.
at 1:40 PM