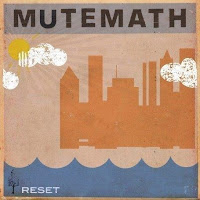 After enjoying the first self-titled Mute Math album, I picked up their prior Reset EP. There are only a few songs on it that aren't on their first album, but it was cheap, and I wanted to hear the rest. It sounds pretty much exactly like the album; the tracks would all fit right in. The best track on here that didn't make the album is Peculiar People (irrelevant YouTube video with the song). 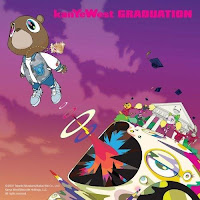 I've been listening to the new Kanye West CD, Graduation. It's my least favorite of his releases so far. The first single Stronger is excellent (as well as the Daft Punk song Harder Better Faster Stronger it's based on), and about as good as his previous hits. Also good are I Wonder and Homecoming. I can't really put my finger on what I don't like as much about this album compared to his last two; it seems as if he just didn't put as much effort into polishing this one. The lyrics don't sounds as well-developed on this CD. Or, maybe it's because the whole album sounds like it's in a minor key and everything sounds dark and often a little out of place. I don't know. But it's not even close to Late Registration. Big plus, though: no filler or "skit" tracks. 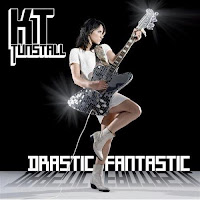 Also I've been checking out KT Tunstall's latest, Drastic Fantastic. I'm not sure that "Fantastic" is the best word for it. It's okay. I like Funnyman, Hold On, and Beauty of Uncertainty, but none of those are as good as Black Horse and the Cherry Tree, Suddenly I See, or Other Side of the World. I can't put my finger on what's different here either. If I had to put my finger somewhere, it would be on the "trying to be more popular but not doing very well at it" button, though.


I've also been listening to Rachael Yamagata's Happenstance, which sounds quite a bit like Fiona Apple, and Radiohead's new (and downloadable) In Rainbows. I'm not much of a Radiohead fan, but free album is free album. I only wish I could get a karaoke version or something so I wouldn't have to hear the guy's awful wailing. Not ready to pass judgment on those yet.
at 1:53 PM

The album covers are a nice touch.

Amen on Drastic; Eye to the Telescope was far better. I think Drastic is just much more downbeat and all the songs blend together.

I have a packaging design fetish, so I really like album art in general. I already find it and download it for my own collection, so I figured it was worth posting. :)