Well, I finished the expansion to Oblivion, The Shivering Isles. Excellent, of course. The story is quite interesting and unique, and since everyone living in the Shivering Isles is crazy to some degree, the characters are colorful as well. Anyone who enjoyed Oblivion would enjoy the expansion—new people, quests, places, items, and the like. Shivering Isles is unlike Cyrodiil in appearance, and the majority of the graphics are completely new, which is pretty impressive—not an Ayleid ruin in sight. 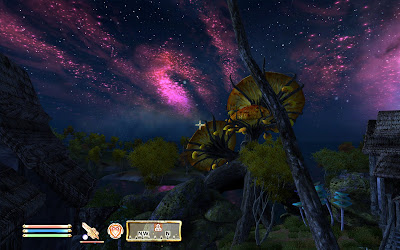 If you liked the questing in Oblivion, Shivering Isles won't disappoint. If you're the type who liked to get lost in the game world, there's plenty to explore here, with all-new enemies and architecture, though the raw size of the world is small compared to the base game. Of course, "small" in Oblivion terms is still quite a sizable island to play around in. The quests take thirty hours or so. 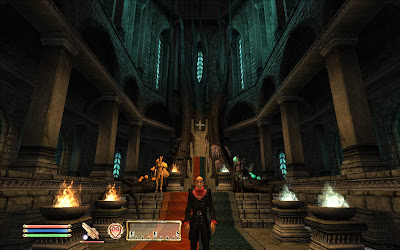 Anyway, if you played Oblivion, there's no good reason not to get Shivering Isles unless you're totally sick of the game by now. It's been out for quite a long time on the PC and Xbox Live, and the Xbox 360 DVD is coming out in a few weeks if you prefer that route.
at 10:43 PM