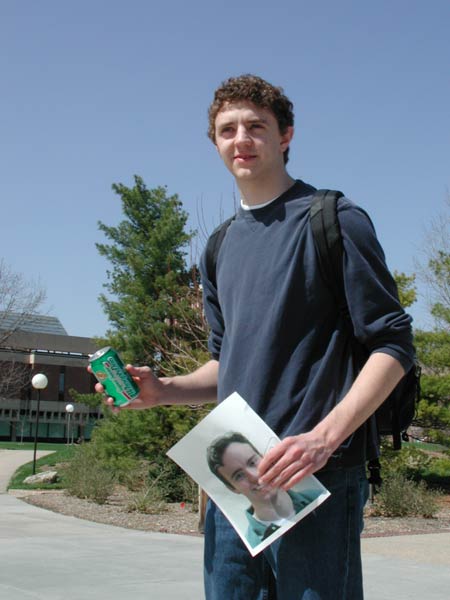 I can't recount the exact details of the rivalry without ruining them in the process, but for several years the two depicted people (the printed page and the person holding it) had an April Fool's prank thing going on, always involving the now-unavailable store brand pop Whoopty-Doo.

This particular year, Clay, the one holding the printed page, handed out cans of the beverage to students walking by, heading toward a particular dorm basement. Each student was given instructions on what to do with the can, and a few dozen cans later, he headed to that location himself. When Tom, the one on the printed page, arrived at that basement, he suddenly and quite unexpectedly found himself surrounded by a mob of unknown people offering him cans of this strange beverage. It was very surreal.
at 2:18 AM