I originally planned to write this post later, possibly sometime this weekend, but I decided to write it immediately so the euphoria was still fresh in my mind.

I've finished up with Diablo II, and I'm glad I took some time off to replay it. It's a great game, but one with a full head of grey hair. It wasn't a technological marvel to begin with, and now it looks pretty depressingly bad. The cutscenes fared better than the rest of the game's graphics, being shining examples of computer animation at the time, but they too are showing their age. That said, it's a near-perfect example of a game from the turn of this century, and one that hasn't really seen too many strong contenders for its crown in half a decade. The design and play of the game has held very solid, and is very clearly at the core of the successful design for World of Warcraft. The story is excellent and timeless. Despite being five years old, there are few problems in gameplay that stand out—you can say that about extremely few games. Entire genres have progressed in that time.

Until replaying Diablo II I hadn't even quite noticed just how much of World of Warcraft's gameplay is based on it. The obvious things are there, but more subtle things like a dependence on elemental resistance for certain fights I had forgotten. Were it not for the obvious differences in the way that encounters are designed for the two games (requiring up to 40 people for certain battles in World of Warcraft, versus everything in the Diablo II base game being able to be completed solo), World of Warcraft could have been Diablo III set in the Warcraft universe. Sometimes I wonder how much more similar World of Warcraft could have been to the more fast-paced action of Diablo were it not for Warcraft's need to generate monthly revenue. It could have been a happy medium between the insane 25-on-1 action you sometimes find in Diablo and the slow, tedious 1-on-1 grind you sometimes find in World of Warcraft. I refuse to believe that the massive difference in paces of two otherwise similar games are an accident, totally unrelated to business matters. 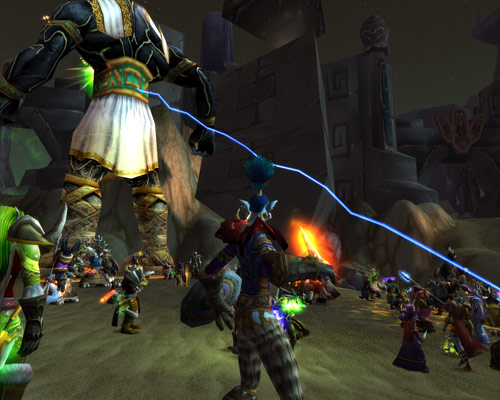 I always think of going back and replaying games that I loved, and I almost never manage to. Might and Magic: Clouds of Xeen and Darkside of Xeen may be the two games that I want to replay most often, but I never will. They're almost a decade and a half old now; the graphics are terrible, but even worse, the gameplay is very crippled by modern standards. What was an incredible triumph would now be nostalgia dotted with incredible frustration. The artform has advanced since then. Anyone remember when, in adventure games, you could make a mistake and then find out that you made it impossible to finish the game after already playing in that doomed world for weeks? Anyone remember... adventure games? 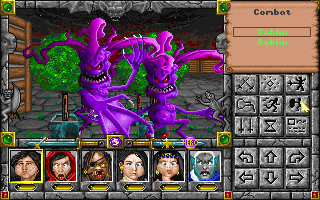 I feel sad admitting it, and I don't want it to be true, but I don't see myself ever playing Diablo II again. Or any of the Might and Magic games III-IX. Or Betrayal at Krondor. Or Planescape: Torment. I tried replaying Might and Magic IV like five years ago, and even then the things that were standard or even innovative then were just annoying when measured against modern game design; it would be worse now. I guess that's where they belong, in memories. They're icons and idols to me, and I suppose they should stay that way. There won't ever be a dearth of new games for me to play.

Books are pretty timeless. Good movies and music can withstand many years before starting to fade. But games, being far more complicated beasts that the consumer takes a very active role in, are far more susceptible to becoming dated in a much shorter time.

In my ideal world, there would be more remakes of games. It's done in the movies constantly; I'd like to see it happen more with games, where it almost never happens. Any number of my favorite games could be redesigned with the same characters, same story, same world, same quests, and same puzzles, with new graphics, new music, and modern gameplay innovations like being able to turn at angles other than ninety degrees, and I'd call them a 10/10. I bet they'd make a lot of money too, with a proven core and an existing fan base. I've never been against the idea of remakes and second editions of art... I guess I'm with George Lucas on that one.

But I've droned on long enough. Diablo II is great, but it's time to get back to Heroes V, and then on to new things. I'm just happy to have defeated Mephisto, Diablo, and Baal one last time. 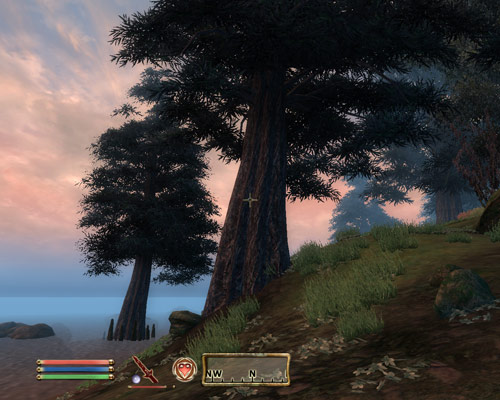 "... a mistake and then find out that you made it impossible to finish the game..."

Like Lands of Lore!!! A pox on that unfinished game so much of my valueless Jr. High time was wasted on.

Your post made me pine for the days of yore when I played video games (pre 1997) and now I am very very sad.

I never played Lands of Lore. I don't remember why... I loved all of Westwood's games.

My particular experience was King's Quest V. I had to use my dad's savegame because all of mine were made after I made the fatal mistake of not buying the pie near the beginning of the game.