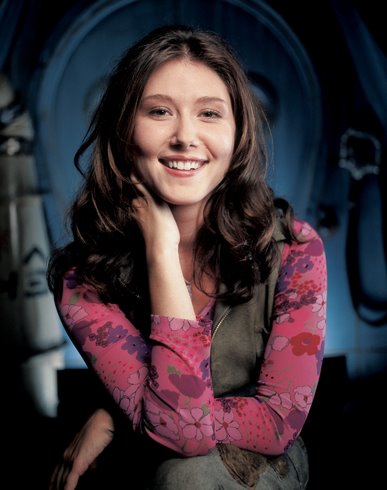 I can think of at least three different classes of things that I consider "cute" just because I don't have any better word to differentiate them.

Cute like panda cubs—Certain animals, like panda cubs and kittens, just have an irresistable feeling of cuteness. I'm willing to deal with the stark unmanliness of thinking these few exceptional things are adorable just because I can't help myself. It feels as if it's impossible not to like these animals.

Cute like Kaylee on Firefly—Kaylee, the engineer on Serenity on the show Firefly, just radiates cuteness. It's extremely attractive, not even in a sexual way, but just in a mystical way that forces me to be interested in the character, and forces me to like her. I don't know too many people in real life that have this, but I do have a few friends of both genders that radiate this cuteness to certain levels, and it makes it difficult to even imagine not liking that person. People who have so much cuteness just feel maximally likable, as if nothing they do could be unpleasant. It's a decidedly feminine quality, and women are best at it.

Of the three, the one that I'm most interested in is the second. I don't know what it is about this quality, but it seems so pure and desirable. I suppose that it's some synergy between a combination of characteristics that I'd consider pleasant on their own, which when together form this potent mind weapon. I think that if a presidential candidate had this cuteness, I would vote for him or her without even really considering alternatives. I'd think that he or she (oh, who am I kidding, he) was doing a good job. I'd probably be willing to overlook mistakes and indiscretions. I probably wouldn't even notice that I had completely lost my objectivity. Or, maybe this quality is something that only develops once I've already judged a person as good.

Is this just charisma? I don't feel like it is. Charisma is an attribute that I'd assign just as readily to an unscrupulous person as a friend. It's something beyond charisma that somehow includes goodness.